The Historical Society assumed the responsibility of operating the A. R. Bowman Memorial Museum through a contractual agreement with Crook County. For the first five years from 1971 to 1976 the majority of the work was done by volunteers, although there was some help from federal work programs for part-time receptionists. The county paid the utilities. All the funds for furnishings and equipment came from generous donations, fund-raisers, and memorials.

Originally, the display cases were bought by individuals or families, with each case used to display historical items from the person or family who bought the case.  Several individuals paid for extra cases. As time went on, the Society was able to install additional cases.

For many years, interested people had been donating historical items in anticipation of a place in which to display them.  These items were stored on the third floor of the courthouse.  These things, with the articles donated, or loaned by individuals, gave the museum a good representation of Crook County pioneer history.

Also, in 1959, in celebration of Oregon’s 100th birthday, a log cabin which had belonged to the Jasper Wright family, was moved from Upper Ochoco Creek to Pioneer Park to be used as a museum.  This Pioneer Historical Museum is owned by the City of Prineville, but maintained by the Historical Society and the Parks and Recreation Department.

By 1988, museum expenses had outstripped revenue. Voters were asked to approve an increase in the  tax levy to $41,500.  Again in 1998 with new challenges and rising expenses the Historical Society again asked voters to approve an increase in tax support.  The four year 6 cents per thousand levy passed securing the museum’s funding. The levy is now renewed every four years and is still only 6 cents per thousand of assessed property value.

The Historical Society has chosen to use Tax Levy funds for the operation, maintenance and improvement of the Bowman Museum. Funds from the tax levy cover museum staff salaries, utilities, insurance, repair and maintenance, and capital outlay.   Over the years the museum has needed to expand its facility because a growing collection and an increase interest in Crook County and Central Oregon history.

About 1980, the Society was offered some old ranch equipment and a 1907 Studebaker Phaeton, which were of great interest, but there was no place to display them.  So the Society established a Ranchers’ Memorial Building Fund.  In 1987 the Society constructed a building on property least from Crook County, at the fairgrounds.  The Rancher’s Memorial building underwent a major renovation in 2014.

In 1992 the Society constructed a major additional to the rear of the original Crook County Bank building. The new space housed a larger research library and much needed new storage space.

By 2008 the Historical Society was again looking to expand its facilities. A major capital expansion project was planned, funds were raised and construction completed. It resulted in the purchase and renovation of a contiguous 5,000 square foot building. With major new exhibits, a larger research library and state-of-the-art storage space the Crook County History Center was opened in 2012.

When the Crook County Historical Society was chartered in 1969, there was almost no recorded history of Prineville or Crook County, although Prineville and Crook County bear a number of distinctions, such as Prineville being the first settlement in the vast area of Central Oregon, Post being the geographic center of Oregon, the City of Prineville Railway being the only municipally-owned and operated railway in the United States, and others.

Through the efforts of our Society, we have a museum that is favorably known throughout the northwest and beyond.  In 1997 the Historical Society and museum hosted the Smithsonian traveling exhibit “Barn Again”, the first time a Smithsonian exhibit was offered in Central Oregon.  In 1997 and again 2010 the museum won national recognition by being awarded grant funds from the Institute of Museum Services.   This award is considered by museums and museum professional as representing the highest in institutional achievement.

We are in the process of cataloging on computer the thousands and thousands of historical items and records in our files, and we expect to have our computer system connected with other museums and libraries through the Internet.  We have been in a continuing process of upgrading our collection storage practices to meeting professional museum standards; we have published a number of books about our history; we have conducted many field trips to sites of historic interest; we are visited each year by scores of school classes and thousands of local and out of area visitors–our Society has added greatly to the knowledge and appreciation of our heritage, and this is just the beginning—.

Membership is open to anyone who is interested in the history of Crook County and who recognized the growing significance and importance of preserving our past.

→ Board Handbook of Documents 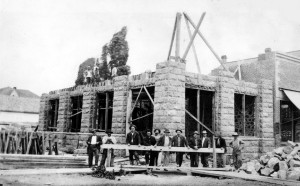 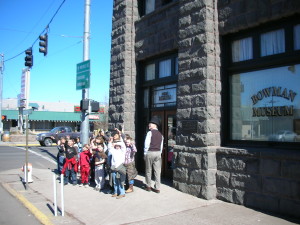 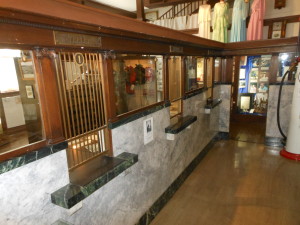 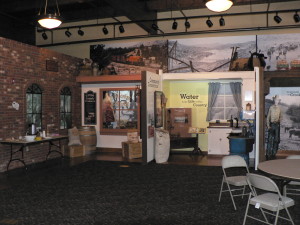 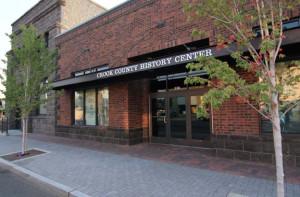