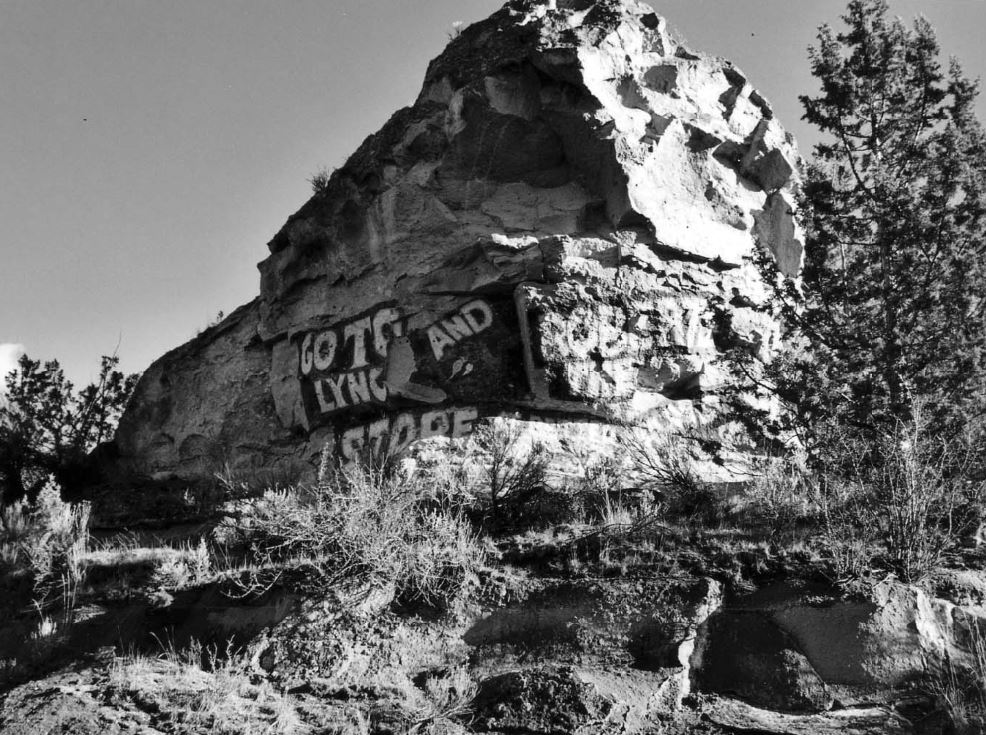 There is an overhanging rock feature on the southeast side of the bridge that had a smooth surface and in 1910 it attracted the attention of an itinerant worker passing through the area. He had skills painting signs and approached store owner J.R. Roberts in Redmond about painting an advertisement for his store on this rock and another rock located along the Trail Crossing road at Crooked River Gorge. Mike Lynch and J.R. Roberts owned the Lynch and Roberts Merchandise store in the newly developing town of Redmond. Roberts agreed to pay the enterprising young man to paint the signs and they became the first billboards of central Oregon.

The advertisement at Lower Bridge is written in large letters with a black background and states: Go to Lynch and Roberts. The Store of Better Values, General Merchandise. Redmond. The name of the painter is not known but he did leave his initials of W.B.C. on the advertisement.

The other sign was painted on a flat smooth rim rock on the north side of the Trail Crossing Road as it descended down to Crooked River. That sign also advertised the Lynch and Roberts Store but has eroded through the years and only a few words are still readable.

The painted rock at Lower Bridge is known as Billboard Rock and the overhang has preserved the painted sign from being weathered and is still crisp and well defined. The sign on trail Crossing is along a long deserted road that has not been used since 1927. It is known as Advertisement Rock. It is much more exposed to the elements and has not been well preserved. Both early signs are nostalgic reminders of a simpler time when travel was much slower. 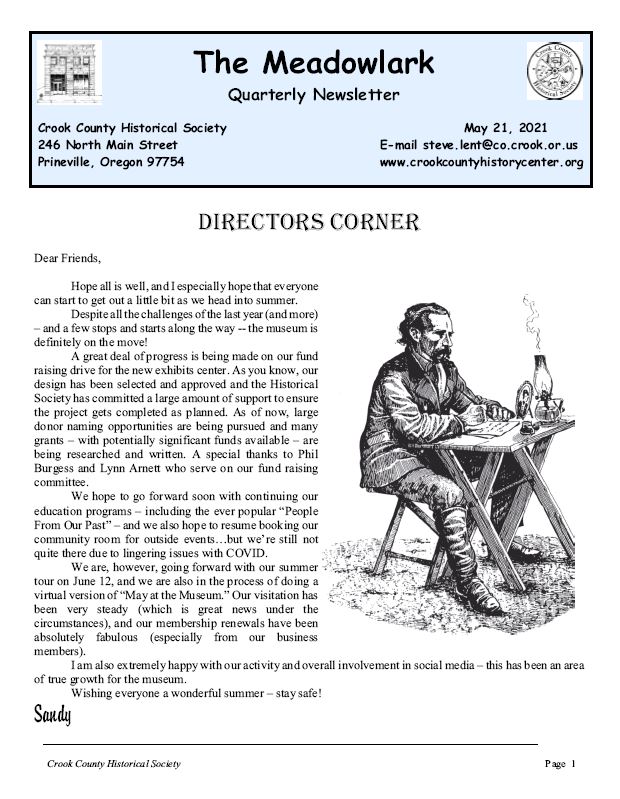